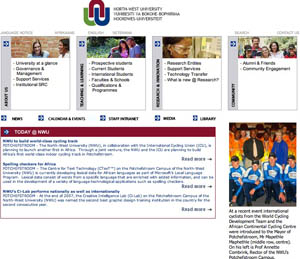 This move formed part of the minister of education’s plan to restructure the higher education landscape in South Africa by merging 36 tertiary institutions into ultimately 21 institutions. The managements and councils of both of the former universities accepted the inevitable and decided to make a success of the merger. The then universities realised the reconciling role this new institution could play and the obligation it had to the people of South Africa in fulfilling its role as a new, truly South African university.